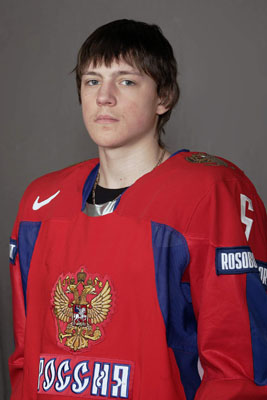 This one kinda ties in with JasonB's post regarding the passing of New York Rangers prospect Alexei Cherepanov.  Again, this hardly pertains to the Penguins, but in the grand scheme of the sport it is definitely a depressing moment.

"I'm concerned about what kind of doctors they have there.  As a hockey player, at least what you hope for is that they check on everything. I was hoping it was the same back home, and that all the players coming into camp were safe. But that seems like it's not the case."

This isn't the first time a heart condition has come to the forefront in hockey.  Just this season we saw NHL draftee David Carle, brother to San Jose Sharks' Matt Carle, find out before the draft that he had a heart condition that required his immediate withdrawal from hockey.  The Tampa Bay Lightning took him in the seventh round of the draft in what will no doubt go down as a prime time move in efforts to express the love of the game on all levels, regardless of his condition.

Teppo Numminen discovered a heart condition in 2006 that led to a huge controversy with the NHLPA. The Sabres filed to sue Numminen claiming he knew of the condition before signing a contract with the team, while Numminen filed a grievance with the union insisting the heart condition was hockey related.  In the end, Numminen signed on with the Sabres for a discounted salary after spending 6 1/2 months in recovery from open heart surgery.

I think Cherepanov's case is just a depressing case that makes him a victim of his surroundings.  Had he been playing in the NHL, would he have been saved?  Why did the ambulance leave the premises early?  Why didn't the defribulator work properly?  These are all questions that obviously won't alter the end result, but may perhaps at least prevent it from happening again.  Even Gonchar has his reservations about the medical staff in Russia, his home country.  But if I'm not mistaken, the NHL draft combine performs a series of tests on the draftees as well to see if they are fit to perform in the NHL.

I'm no medical expert, but is it possible the NHL could've prevented this tragedy back in April?