Sidney Crosby DVD - On the Ice and Beyond, in stores today

Share All sharing options for: Sidney Crosby DVD - On the Ice and Beyond, in stores today 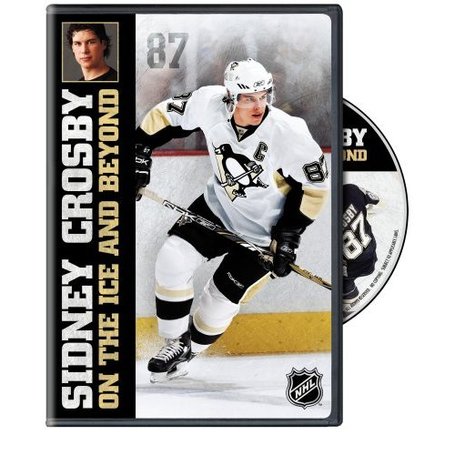 If you caught any of the games this past weekend on either the NHL Network, Versus or CBC, then chances are you saw the never-ending promotions for Sidney Crosby's latest DVD - On the Ice and Beyond.  I'm pretty sure I couldn't make it through a season without NHLN, but when it comes to a commercial break you really have to just get up from the couch and go do something if you hope to maintain sanity.

Anyway, the DVD hits stores today and for those in the Pittsburgh area there is a special event going on tonight.

From the Penguins' official web site:

The event kicks off at 6pm and lasts until 8pm, with prizes and ticket giveaways occurring throughout the night. Buy your copy of "Sidney Crosby: On the Ice and Beyond" at Dick's Sporting Goods and you'll also receive a limited-edition bonus disc with the complete rebroadcast of Stanley Cup Final Game Five, and other exclusive footage, while supplies last.

For those of you who don't remember, Game Five is the one that left you on the edge of your seat the whole way through.  The fleeting moment of desperation became apparent in the dying seconds when Marc-Andre Fleury rushed to the bench in favor of an added attacker.  Seconds ticked down, the season was coming to its end.  Wings fans were going crazy - screaming, cheering; the squid was on ice and ready for celebration.  But then, lo and behold, Mad Max Talbot sneaks up from behind the net and stuffs one past the pads of Chris Osgood.  Hold the phone, we have ourselves an OT in the making.  Sykora netted the winner 2 1/2 periods later and the series went back to Pitt.  Pensburgh recap available here.

But of course, we all know how that ended.

Personally, and feel free to disagree with me on this one, but don't you think it's a bit soon for a Crosby DVD?  I mean, here he is in his fourth season with the Penguins and already there's a DVD out.  Granted he's had his share of accomplishments - from his 100 point season as a rookie, role as team captain and a bid to the Finals that just felt short.  Trust me, I think it's cool.  But wouldn't it just be somewhat more fulfilling if they built up his legacy a bit more and released a DVD in say, five more years?

Here's the trailer for the DVD.  Lemme know what you think.