PENSBURGH CONTEST: Everyone likes free stuff, but now you have to earn it

Share All sharing options for: PENSBURGH CONTEST: Everyone likes free stuff, but now you have to earn it 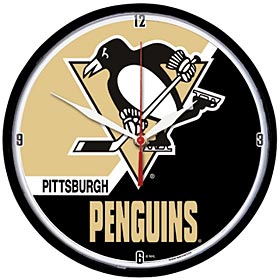 Pretty shnazzy little clock we have here, huh?  Would probably look nice in your dorm/bar/room/man cave I'm sure.  Well, it's as good as yours, but you have to earn it.  In yesterday's post I mentioned something about a new contest called SPG - shot, penalty, goal.  In case you missed it, you can read up on it again here.  What I want to do here on Pensburgh is run a contest from now until the All-Star break to see who can pick out the most first shots, first goals and first penalties in each period of a game.  For each one you get right you get a point, for a max of 14 points per game (OT and SO included).  The one with the most points by January 25 is the winner.  Simple, right?  Good.

So go here and sign up for the Pensburgh SPG contest.  The sooner the better.  First place will win this wall clock courtesy of Carroll's Cove.  Second place will get a Versus hat, and third place will be the first to come the closest without winning anything.  I plan on playing but I can assure you I will not win any of the prizes.  Basically if (when) I finish first, the prizes will go out to second and third place accordingly.  In the event there is a tie between two or more users, names will be entered at random.org and a winner will be chosen.

Any questions?  Speak up.  I'll remind you to stop by SPG before every game, just in case you forget.  Again, this contest officially starts Saturday, October 11th in the home opener against the Devils and goes till the All-Star break on January 25 (All-Star game not included).