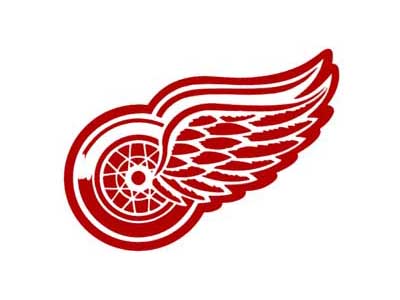 Chances are the average Penguins fan had this game circled on their calender in red ink since the schedule came out.  At long last it is here, but the Penguins will have to do it on the road.  While Marian Hossa's return to Mellon Arena will most likely be greeted with a soundtrack of boos and hisses raining down from the seats, we will remain patient for that opportune moment on February 8.  Hey, Jagr isn't in the NHL anymore.  Penguins fans need someone to rip on.

On Saturday night the Red Wings slapped the Devils around in a 3-1 win.  Much like the Penguins, Detroit has yet to lose a game in the month of November.  Not withstanding a scenario of an overtime loss or shootout, one of these teams will leave the arena with a loss.

After dropping a surprising season opener to the Toronto Maple Leafs, the Red Wings went on a rampant 8-0-2 run over the next 10 games.  Marian Hossa leads the team in points and is tied with Henrik Zetterberg for most goals with eight.

Former Pens netminder Ty Conklin has seen moderate action for the Wings with a 3-1 record on the year, but along with fellow goaltender Chris Osgood have a lower save percentage and GAA than both Dany Sabourin and Marc-Andre Fleury.

Tonight's game is going to call for a supreme effort with little room for error.  This more or less means that Sid and Malkin have to tame those whirl and twirl passes and instead play with a sturdy head on their shoulders.  Mistakes lead to opportunities and that's the last the thing the Penguins have to give the Red Wings.

The Pens will also have to keep a limit on penalties.  Detroit is ranked first overall on the power play, converting nearly 31% of their chances with the man advantage.  On the other side of the puck, Pitt is ranked fifth on the penalty kill.  Which team will prevail?