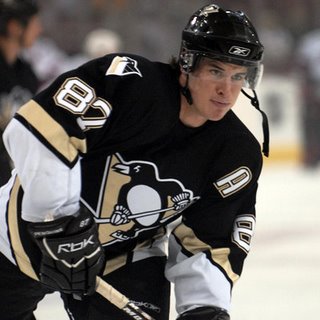 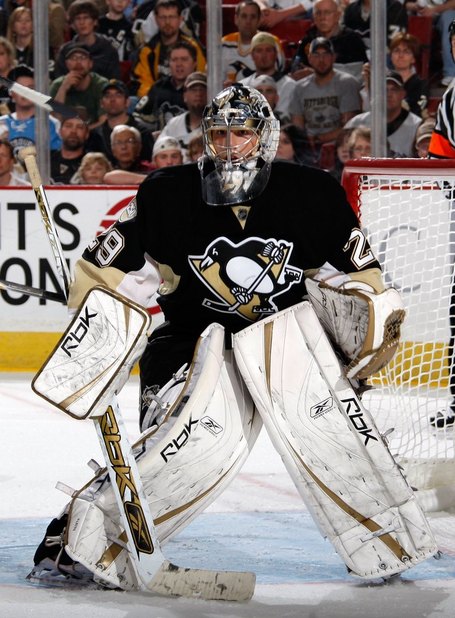 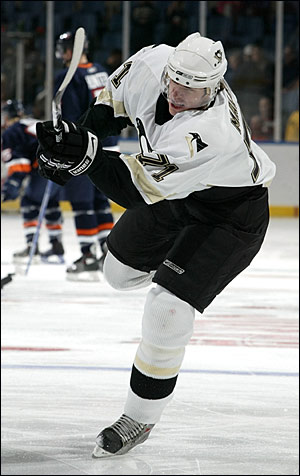 Hey, it's election day.  So in honor of this holiday (COUGH no day off of work COUGH) we can consider some election coverage of our own.

The NHL released their All-Star ballots today and also mentioned the goal of opening up to real-time balloting on NHL.com this season.

Landing on the ballot for the Penguins, we have:

Defensemen: Sergei Gonchar, Ryan Whitney (really, is this some kind of joke?)

While it's no doubt a fact all five of these guys belong on an All-Star ballot, to even include Gonchar and Whitney this season is near insulting.  Yes, they are All-Star candidates in their own rite, but not this season.  Come on.

Happy to see Fleury is getting the props he deserves in net.  His performance in the finals last season warranted a lot of respect.  There are even rumors going around right now that he may be in the running for goaltending the Canadien national team in the Olympics.

Mr. Mirtle at From The Rink has the entire list of All-Star candidates.  Give it a look and talk it up in here.