Share All sharing options for: Never fight the inflatable Penguin 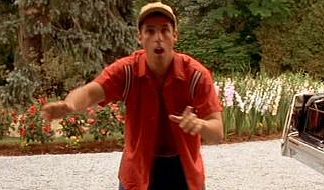 "It's too damn hot for a Penguin to just be walking around here."
-Different scene, same movie-

I was going about my normal Tuesday morning blog reading routine in hopes of compiling another installment of a hockey blog round-up when I came across this gem that just has to get due credit - along with the blog, This is getting old for pointing it out.

The Times Leader, a paper out of Wilkes-Barres, PA (home of the Penguins' minor-league affiliate), had this great piece in its police blotter section yesterday afternoon:

Members of the Wilkes-Barre Fire Department reported a male suspect was in front of the fire station on North Washington Street and was having an altercation with an inflatable penguin just before 2 a.m. Saturday, police said.

The male, Kristopher Manick, was allegedly found to be highly intoxicated, police said. He was arrested and cited for public drunkenness and disorderly conduct, police said.

I can't decide if this guy is my hero or not, but he's definitely up there in terms of awesomeness.  The immediate thought to pop in my mind stems from the movie Billy Madison, whereby the ongoing joke is that a Penguin is running rampant through town.

Friends of Kristopher Manick - next time, will you please bring a camera along for the night?