SBNation.com - Where it's at for the 2009 Winter Classic

Share All sharing options for: SBNation.com - Where it's at for the 2009 Winter Classic 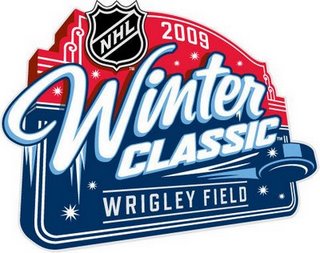 Pensburgh was but only days old for last year's Winter Classic against Die By the Blade and the Buffalo Sabres.  If anything it was a chance to get my feet wet with traffic, razzle-dazzle media hype and create a concrete foundation for the blog.

Today SBNation.com once again has full representation at the Winter Classic between the Detroit Red Wings and Chicago Blackhawks.  Here's all the info you need to know:

For the undecided fan: From The Rink

Both team sites will have active game threads, so feel free to click the "join now" button on the site and jump into the action.  From what I've heard the sites will be doing their best to update during the game from the stands - so that should make for some really awesome coverage.

Hope to see ya at either of the blogs - I'm hoping to pop into both at some point as long as this hangover from last night subsides.