Share All sharing options for: Scouting the Enemy: Nashville Predators 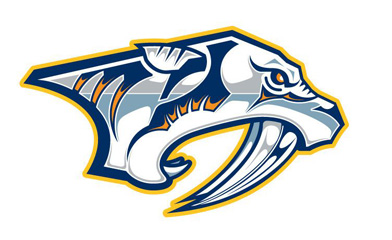 Blogs: On the Forecheck

Similar to the Penguins perogative heading into Tuesday's game against the Atlanta Thrashers, the Nashville Predators are hoping to crack a five-game losing streak tonight.  Having been there recently, perhaps we can all relate to that tension.

But hopefully the Preds fans can go one more night.  Sorry Forechecker.

The Preds are keeping those losses close too; a little too close.  Three straight games of one goal or less.  If you've been watching the Penguins at all this year then you know a one goal lead is hardly ever enough.

J.P. Dumont is owning up to his contract extension from last season, leading the league in points and assists.  Shea Weber was recently named to the Western All Stars, his first ever appearance.  Not a surpise either.  He's the definition of offensive-defenseman.

Dan Ellis has taken on twice the workload of Pekka Rinne between the pipes but hardly has a winning record to show for it.  Can't say for certain who will be in net tonight, but speculation suggests Ellis.

Injuries after the jump.

Out (IR / Out / Suspended / Physically unvailable)