The next 9 injuries the Penguins will have to worry about..

Share All sharing options for: The next 9 injuries the Penguins will have to worry about..

With the news that Alex Goligoski is out 2-3 weeks with a groin injury, things are starting to get ridiculous for the Pittsburgh Penguins.  Four of their top six defensemen are injured - which include their best (read: only) three puck moving defensemen, and three of the top nine forwards are out - aided only by the recent return of superstar Evgeni Malkin.

Things simply can't get any worse, right?  Well, they probably can't get any more comical, which has inspired this list....The next 9 injuries the Penguins' training staff may have to worry about, after the jump.

#9 Bill Guerin's broken hip: falls are a common worry for the elderly, you see.

#8 Craig Adams' migraine headaches: Adams, a graduate of Harvard University, has to sit in the locker room and listen to the chatter of meatheads.  It must be wearing on him.

#7 Eric Godard's muscle atrophy:  Use it or lose it.  Godard's averaging 4:33 of ice-time per game, third lowest in the league among players that have appeared (briefly) in at least 11 games.

#6 Jordan Staal and a tractor accident:  Sure, helping the old man harvest the sod during Thanksgiving break seemed like a good idea at the time..... 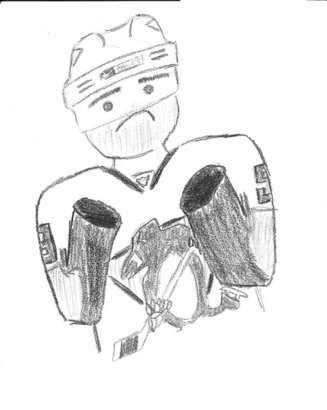 #5 Pascal Dupuis' hand re-attachment surgery:  Don't look now, but everyone's favorite hardworking but low scoring winger now has five goals on the season - all in the last 13 games.  That's a pace of a 32 goal regular season.  Surely he's going to have to miss some time to let those newly attached hands heal up. 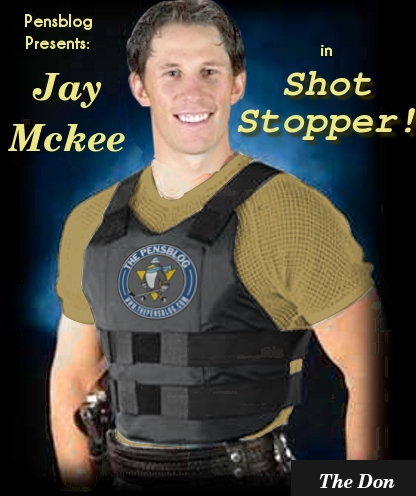 (image at the courtesy of the Pensblog)

#4 Jay McKee's gunshot wound:  McKee currently leads the NHL in blocked shots.  If someone tries to assassinate a public figure, somehow McKee will probably be there to block that shot too.

#3 Mark Letestu's flash blindness:  Little known Penguin rookie hazing stunt - rookies have competition on who can stare at Marc-Andre Fleury's toothy smile the longest.  Letestu wins, then loses his vision from the brightness, remarking only "it's like staring at the sun".

#2 Chris Bourque's torn elbow tendon:  From excessive practicing of the Arnold Palmer fist pump that he'll never get to use in an NHL game, because of his inability to score a goal.

and the #1 injury the Penguins training staff may have to deal with next.... 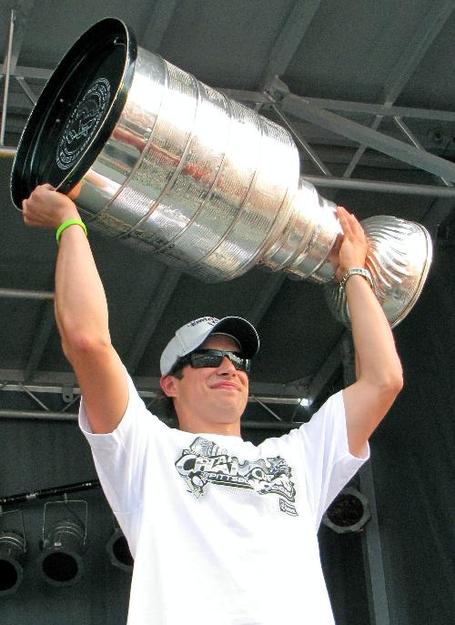 #1 Sidney Crosby's tendonitis:  Spend all summer toting around a 35 pound Cup and it happens.

Ok, so that's enough of that.  We'll leave the lists, the attempted funny and the harassment to that guy on television.  Too much has happened not to point these impending injuries out, hey, everything else has gotten hurt on everyone else, right?