Whispers abound that the Pittsburgh Penguins will be introducing a new alternate jersey for next year. The most common rumor is that the blue color scheme will still be incorporated and the new jersey will likely keep the retro throwback feel.

After the jump let's look at some past jerseys (both good and bad) and make your vote for the sweater you'd like to see as the next "new" alternate jersey.

The new jersey is very similiar to what the Penguins used from 1968-72. Personally I don't see why they need to change these up, they've only been back for two full seasons and are almost universally seen as one of the best sweaters in the league. But if they are going to change things up, let's look at some jerseys from the past that could be tweaked into becoming the new alternate jersey... 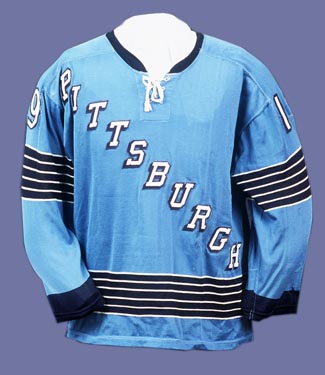 The Penguins only used this style jersey for one season, but it has a certain iconic look. The black with white lines that pipe the bottom and the arms kind of look odd, but that could be tweaked. The diagonal letters of "PITTSBURGH" is a play off the famous New York Rangers style, and perhaps the team wouldn't want to use a jersey that copies closely to another team's hallmark. 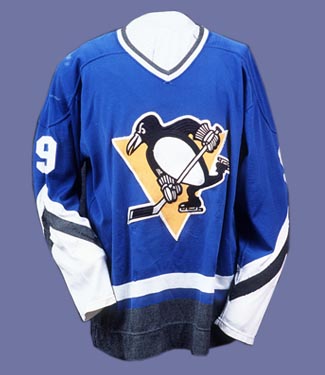 The dark blue in this jersey is something unusual to think of when fans today think about the Pittsburgh Penguins. Don't know if it's just me, but this kind of reminds me of a recent NHL all-star jersey with a big Penguins logo on it instead. Notice on the arms the chevrons, a staple of later Penguin jerseys up through the lockout. 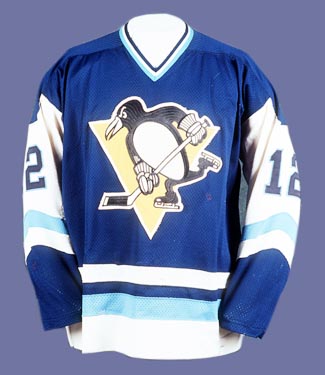 Incorporates more light blue with the previous jersey's dark blue still the main color. Something about the yellow on the Penguin in front of the dark blue just doesn't look very satisfying visually to me, but I'm far from an art critic. 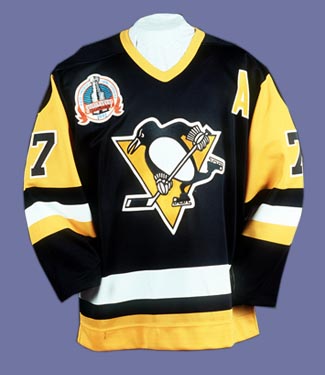 Think about this; next year will mark 20 years since the Penguins first Stanley Cup victory. What better way to honor and recognize that team than to have the 2010-11. On this jersey they have a patch commemorating the All-Star game being in Pittsburgh, which I assume they could remove, possibly putting some sort of patch to honor the 1991 team. But most whispers say the jersey will still be blue, and obviously this jersey is not blue, so who knows if it'll happen. 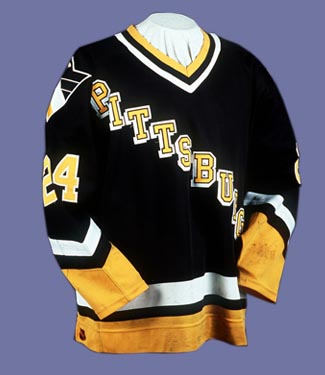 The black and gold version of an earlier addition. Personally, it's one of my favorite Pens' jerseys, so it gets a nod in the competition. Snoop Dogg even wore it back in the day for a video. Again, it has no blue in it and probably isn't coming back anytime soon (if ever) but I still think it's a sweet sweater. They could ditch the "pigeon" Penguin that's on the shoulder and add the skating Penguin

Finally, one that hopefully won't be considered... 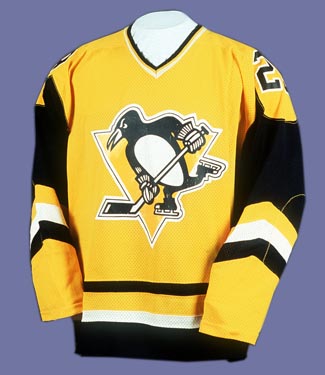