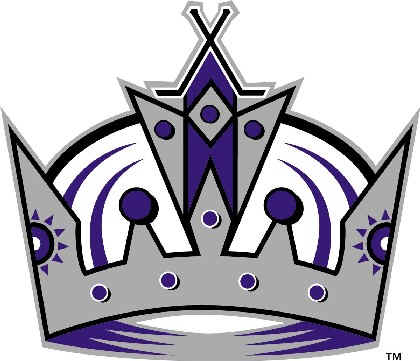 If the Los Angeles Kings are trying to tank for Tavares then its 3-2 overtime win over the Boston Bruins last night won't help chances much.  Had they done this, say, oh I don't know - a month ago - then it would pose as the prime example of David downing Goliath.  But Boston is backing into the playoffs, likely leading up to a first round fail.

Then again, Los Angeles did steal this one with three straight unanswered goals.

Boston was up 2-1 in the third after giving up a power play goal to LA's Michael Handzus.  It seemed like the Bruins would hang on for the win, but LA tied the score with 1:36 remaining on the clock, sending it to overtime.  Then, as time ticked away leading toward a shootout, the Kings tallied the game-winner with 35 ticks to go.

Not to knock the Kings' win, but Boston isn't exactly lights out lately (unless those lights reside over the other team's net).  That doesn't mean it's any less laughable when a Western Conference basement team upsets the East's best.

The last time the Pens played a team that beat the Bruins in the first half of a back-to-back they lost.  Look no further than the Ottawa Senators back on March 14.  Of course the Pens followed that up with a win over Boston the following day.

Does that mean anything?  Probably not.

Goaltender Jonathan Quick stopped 24 Boston shots en route to his 17th win of the year.  As usual, it's hard to say at this time who the Pens will see between the pipes tonight, but if the Kings choose to give yesterday's starter a rest then keep your eyes open for Erik Ersberg (8-10-5).

Interesting stat: Defensemen Sean O'Donnell, Davis Drewiske and forward Kevin Westgarth are tied for first on the Kings in plus/minus...with a +1.