Will it be Boston or Carolina? A look at the season series and how the Pens have fared

Share All sharing options for: Will it be Boston or Carolina? A look at the season series and how the Pens have fared

Tonight's game seven in Boston will determine whether the Penguins get the top-seeded Bruins or the upstart Carolina Hurricanes in the Eastern Conference finals.  Obviously both teams have a lot of talent, depth and skill all over the lineup and would present their own challenges.

Here's a look at how the Pens faired in the regular season series against each club.  As we know, regular season series don't always predict the playoffs-- look at Washington going 3-0-1 against Pittsburgh and out-shooting the Penguins every regular season game-- so take this with a grain of salt.  Still, I think it's interesting to take a look back and see how things unfolded. 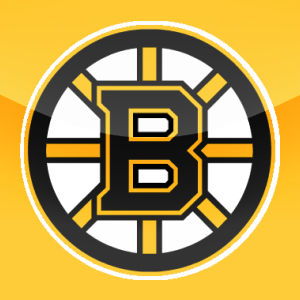 --Boston held a 3-1 lead after two periods, but the Penguins roared back with four goals scored by Sergei Gonchar, Chris Kunitz, Petr Sykora and Jordan Staal.  Mathieu Garon was in the net that day for the Pens.  This was also the infamous game where Marc Savard challenged Sidney Crosby to remove his visor if he wanted to fight and Sid obliged him.  Even though no fight happened, watch for bad blood carrying over if the B's advance.

--The teams met for the second time in three days and the result was the same.  David Krecji, PJ Axelsson and Milan Lucic score early to give the B's a 3-1 lead after two.  Manny Fernandez turned 30 of 32 shots to earn the victory in net.

And just to show you how long ago this was, the first Penguins goal was scored by Dustin Jeffrey with the assists to Alex Goligoski and Tim Wallace....A lot has changed for both teams since then.

--Marc Savard and defenseman David Wideman each tally a goal and two assists for the Bruins and Tim Thomas stopped 32 of 34 shots to keep the Pens at bay.  In this game Milan Lucic took a run at Tim Wallace with a couple minutes left in a game that's result was decided and Wallace stood up to Lucic in a fight.  Even though Lucic got the better of the scrap, kudos to Wallace for having the stones to stand up for himself against a big guy.

--Some guy named Dany Sabourin played goal for the Pens and stopped 35 of 36 shots during the game and then blanked Boston on 5 straight shootout chances.  Evgeni Malkin scored the lone shootout goal that got the Penguins the extra point in the standings. 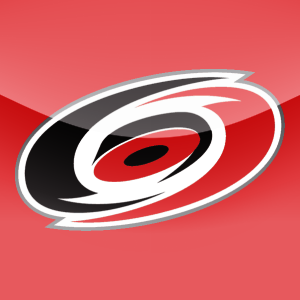 --Both of these teams were peaking and rallying to get in the playoffs.  Both Marc-Andre Fleury and Cam Ward were on incredible hot streaks.  Jordan and Eric Staal each scored a goal, but the winner came off the stick of defenseman Anton Babchuk.

--A frustrating game towards the tail end of the Michel Therrien era.  Evgeni Malkin and Ray Whitney traded power-play goals in the first period to even the score.  Eric Staal would add a goal in the second and that wrapped up the scoring.  Fleury made 38 stops on 40 tries and Ward turned away 32 of the Pens 33 attempts.

--Offensive muscles were flexed by the Pens in this one.  Petr Sykora scored 2 goals, Sidney Crosby dished out 4 assists and the Pens generally ran wild on the 'Canes.  Michael Leighton (who played a lot early in the season) was Carolina's goalie on this net.

--With 12 minutes left in the 3rd period, the score was 1-0 Carolina.  Then Crosby scored a power-play goal and just 33 seconds later, Ruslan Fedotenko scored to give the Penguins a lead.  Max Talbot would add another goal about 3 minutes after that and Malkin capped the scoring with an empty netter.  Leighton again was the netminder on this night.

So what can we deduce?  The Pens went 2-1-1 against Carolina and 2-2 versus Boston.  Pretty even, but considering all the changes in personnel, the effect of injuries (both newly hurt players and guys who are back), coaching changes, different goalies it'd be foolish to pin too much on this history.