The Prince of Wales Redux: Sidney Crosby and the Pens sweep out the Carolina Hurricanes, head to the Stanley Cup

Share All sharing options for: The Prince of Wales Redux: Sidney Crosby and the Pens sweep out the Carolina Hurricanes, head to the Stanley Cup 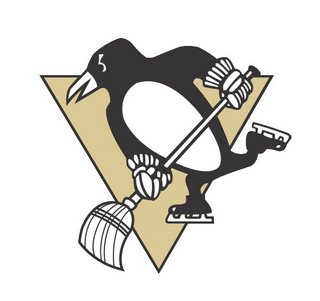 February 14th all hope looked lost.  The Pittsburgh Penguins just lost a 6-2 to the non-threatening Toronto Maple Leafs.  The team was in a funk, mired in 10th place and playoff chances were growing more and more dim every game they played.  Michel Therrien was dismissed, Dan Bylsma got a promotion, yada yada yada the Penguins go 30-8-4 and have repeated as Eastern Conference Champions on May 26th.

Ok so maybe I skipped a little, huh?

So that's it, that's your Eastern Conference playoff bracket.  The Penguins dispose of their physical, cross-state rivals in six intense games, they follow that up by dispatching nemesis Alex Ovechkin and the Capitals in seven and then steamroll the only team left in four straight.

It seems inevitable that Detroit will win and clinch another Western Conference title; if they win tomorrow at least it'll be just a four day layoff, while if they lose tomorrow it'll seemingly be 11 days of practice and rest for Pittsburgh before the Finals and the unfinished business resumes.

12 wins and 3 series down, just 4 more wins to go until they get "the trophy they want".