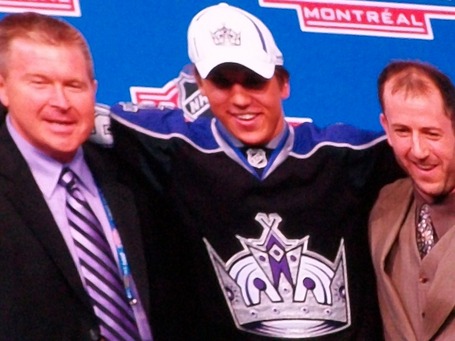 Toronto fans reacted coldly to this one.  Plenty of buzz suggested the Maple Leafs wanted to pick up Luke's younger brother with hopes of a Sedin twin sort of chemistry in Toronto.  Didn't happen.  Younger brother heads off to the sunny side of California.  Read up at Battle of Cali for more info.

He has the puck skills you want in a top end centre, as Schenn has shown his dedication to improve. Schenn can thread the needle in tight spaces and create time and space when he stickhandles into the offensive zone.

"He's such a complete player.  If you take all the parts of the prototypical Canadien player and threw them in a blender and spit it out, this is the guy you would get."
Scout
Quoted in The Hockey News