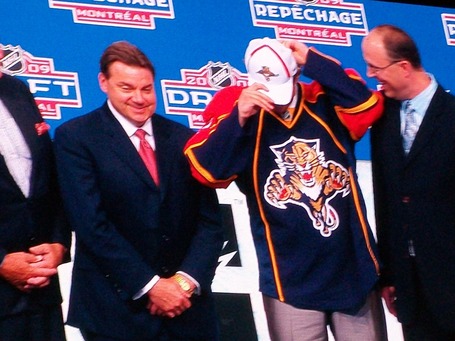 He plays a puck possession defence and prefers to move the puck then bang and crash. It would be in his best interest to play a little more assertive and physically, but it is hard to complain about his moxie.

There are some holes in Dmitri Kulikov's game to be sure, but there's also quite a bit to like about him, starting with skating ability and a compete level that's off the charts.

In addition to his superb hockey sense and confidence beyond his years, Kulikov is no slouch in his own end and he's smooth enough on his skates to quickly be in position to break up any counter-attack that he may come against.