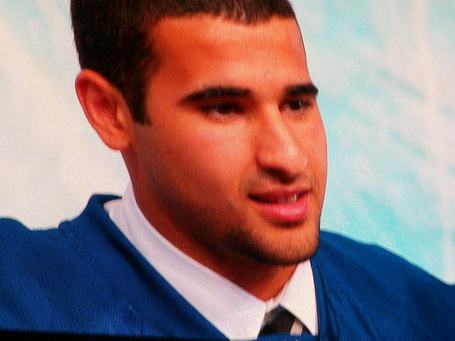 His calling card is his speed as he can create mismatches and opportunities. When he gets a step on defencemen or a checking forward, say good-bye and hope the goalie can stop him.
Shane Malloy
TSN

Offensively gifted and showing a greater appreciation for the defensive side of his game, Kadri could be a wild card in this draft.
Hockey's Future

Centring the second line with the Memorial Cup finalist Kitchener Rangers last season, Kadri showed some highlight reel moves and has great stick skills and dekeing ability with the puck. Has great speed, which he uses quite effectively to get to an open spot.
My NHL Draft