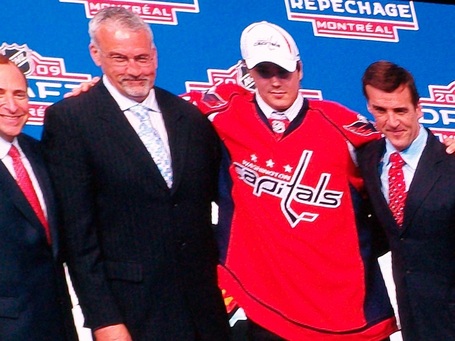 The Washington Capitals drafted center Marcus Johansson with the 24th overall pick in the 2009 NHL Draft.  Johansson spent most of last season (45 games) playing for the vet club Farjestad in Sweden.  The experience of playing with an older bunch of guys may benefit him in certain aspects of his game, but he did notice a decrease in ice time as he took on more of a learning role.  Japers' Rink has more.

Johansson has impressive hockey sense, good technical skills and soft hands. He reads the play very well and is a skilled playmaker. Is also a speedy skater that does not shy away from the rough stuff, although he is not really a big time physical player.

Johansson spent this season playing for Farjestad, a veteran-laden team that won the league title.  Johansson didn't see a lot of ice time and had just 10 points in 45 games.