Who ya got: Making the roster edition (forwards)

Share All sharing options for: Who ya got: Making the roster edition (forwards)

So, by all accounts we've got three guys fighting for one spot. Who ya got? 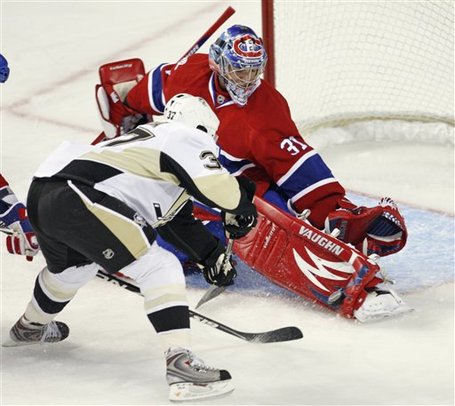 Pros: Has the most NHL experience (179 reg season games), is decent at PK'ing, decent all-around player who could add a little bit of everything.
Cons: While decent all-around, he doesn't really excel at any one aspect, which makes it kind of easy to move on without him, if the Pens so chose. 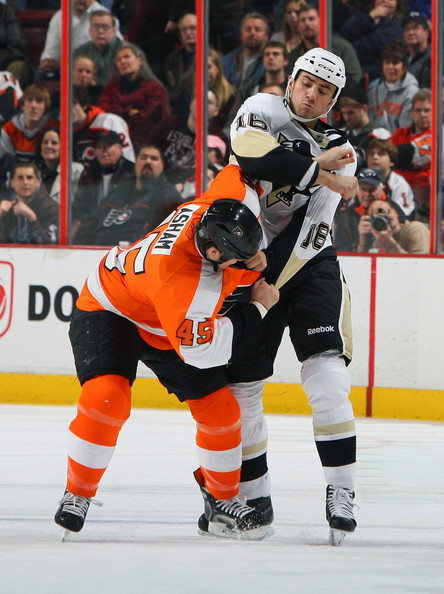 Pros: Fights. Fights very well. Isn't afraid of fighting.
Cons: Eric Godard and Mike Rupp are going to be on the roster, which begs the question: just how many players does a hockey team need that aren't very good at, well, playing hockey? 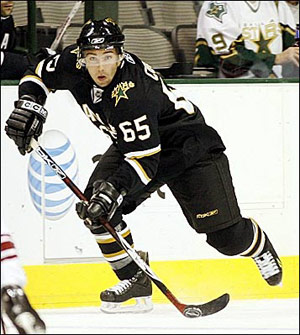 Pros: Fast and can add some offensive ability to the team, has a decent amount of experience (79 NHL games)
Cons: Very small at 5'8", 180 pounds. Only scored 7 goals in those 79 games, may not be able to be consistent at the NHL levels against the biggest and toughest competition around.

It seems like a wide-open race: the Penguins gave Conner a chance last night on the 3rd line, Bayda's played well in the pre-season games and before you count Biz Nasty out, remember he made the NHL roster out of camp last year when the odds were stacked against him. Any convincing cases that still need to be made for these guys?