Wednesday links: When the Pens go to Western Canada it's all Crosby all the time

Share All sharing options for: Wednesday links: When the Pens go to Western Canada it's all Crosby all the time 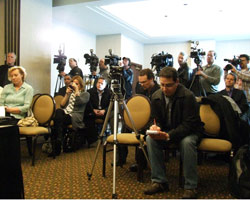 (Pic at courtesy of penguins.com)

For only the second time in his going on five year NHL career, Sidney Crosby and the Pens are coming to Western Canada.  And people are excited:

Pumped for the Pens [Calgary Sun]

The highlight of tonight's games [NHL.com]

If you've got Twitter, why not throw out a guess on this contest?  Also be sure to follow @Pensburgh and @Hooks_Orpik! [The Pensblog]

USA's David Backes seems to be fighting Team Canada one player at a time. [The Common Room]

Matt Bradley steps in for Alex Ovechkin in a fight against Steve Downie.  Everyone seems to be cool with this, but I could only imagine if you changed the first name to Mike Rupp and the second name to Sidney Crosby there'd be a lot of heckling why someone can't/won't be allowed to fight their own battles. [Puck Daddy]