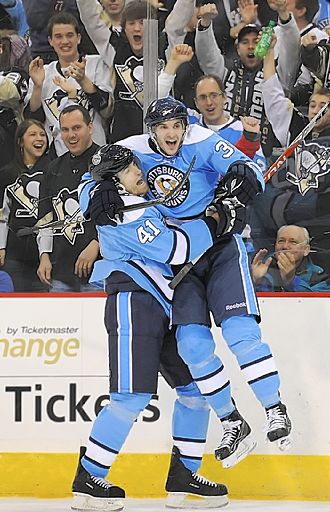 Playing the Atlanta Thrashers is usually an elixir for what ails the Pittsburgh Penguins and tonight's 5-2 victory was no different.  Brent Johnson held the fort in net when the T-bombs out shot the Pens 11-1 early in the game and Jordan Staal supplied 2 goals and an assist to lead the charge on offense.  Slump busted.

The first at home game after a long roadie is often seen as a letdown, but the Penguins seemed determined not to let that happen, since they lost all four road games.  It wasn't purely Crosby and Malkin that carried the weight, other guys like Letang, Staal, Kennedy and Fedotenko stepped up.  And sometimes that's what you need to get out of a slump.