I'm sure you've all visited thePensBlog at sometime or another. I know some of you here are even frequent commenters over there. It's an awesome website; easily one of my favorites.

Well, a little over a month ago, I was browsing the new PensBlog site layout and saw the "Stephen S." tab. I clicked and came across this post. For someone who's always looked for unique Pens items, but didn't want to pay $1200 for a signed Sidney Crosby jersey, this was totally awesome.

So I emailed Stephen and a little over a month later, this piece of awesomeness came out of it: 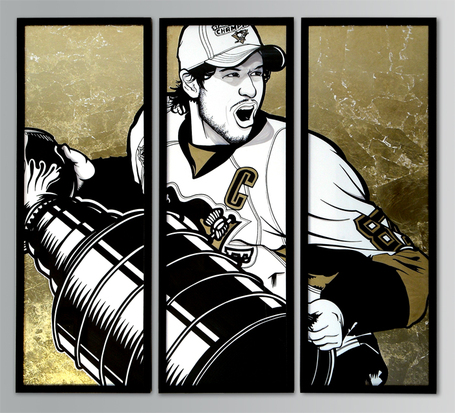 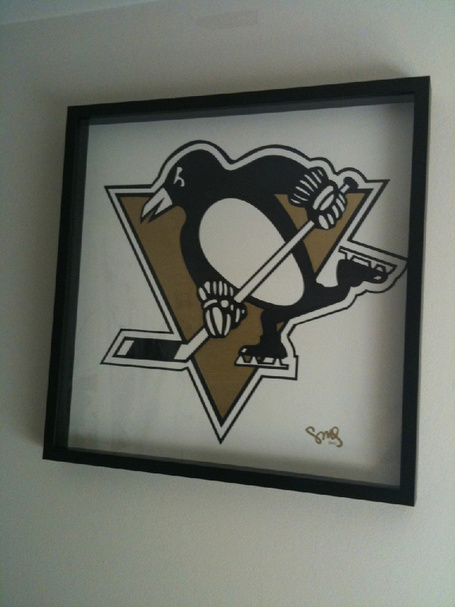 After the jump, I'll talk about my experience in depth.

As I said, I emailed Stephen about the drawings. I had a bunch of questions like if I could only choose one of the portraits already up or if I could pick out a picture of a player. I was told this:

Thanks for checking out my stuff... If you have a particular pic you'd like to have used as reference, I can do that but it will cost a little extra to account for the sketching time to work the photo into a solid illustration. How much extra really depends on the photo source...

If you're still interested, let me know so we can get started.

I explained that I'm going to college in California, but I live in Texas, so he'd have to send it there. I then sent him a few photos that I would have possibly been interested in him doing. One of them was this one: 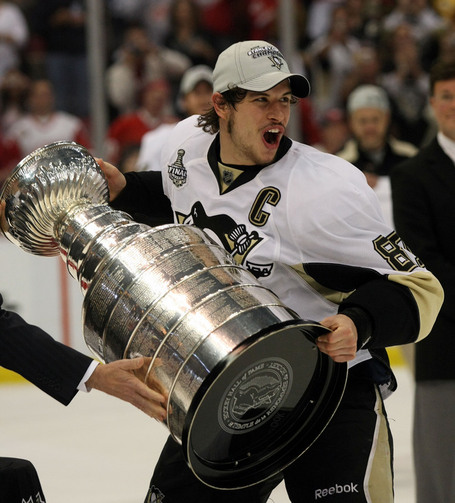 Knowing that that pic wouldn't exactly fit in a portrait, I asked what could be done about it. Stephen suggested something like this: 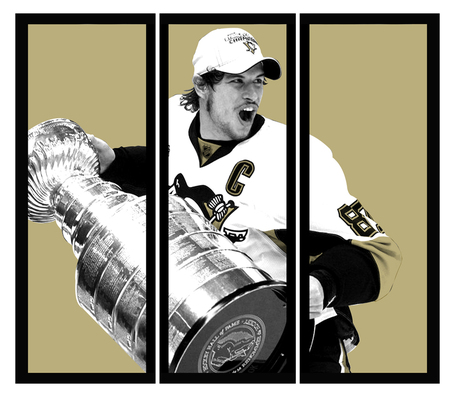 I thought it was totally awesome. However, I was only days away from moving back to college and I'm not a person who makes a purchase on something she saw five minutes ago. So, I told him about my situation and he said he had no problem waiting. About 10 days later, I decided I was ready to order the 3 portrait Sid picture. I also ended up ordering a Pens logo as well:

A week later, Stephen sent me this guide illustration to update me on his progress: 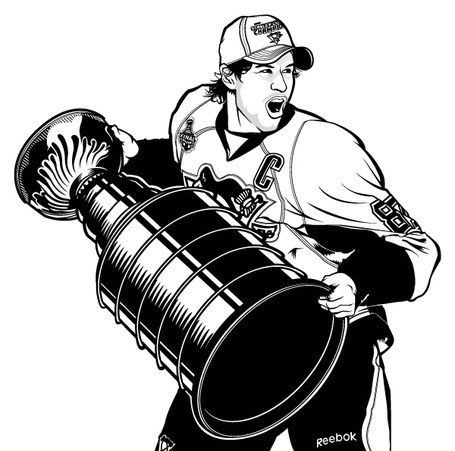 Here it is before the gold background was put in: 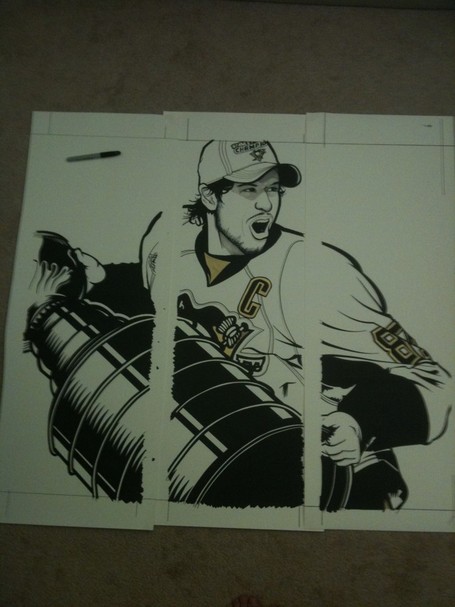 A little less than a month later, I got an email with awesomeness attached to it. Stephen called it "the sickest thing I've ever done," and I have to agree: 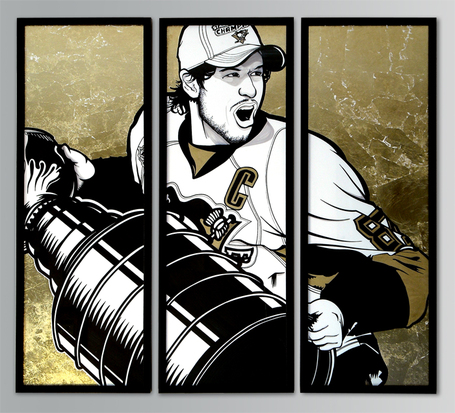 I'm sure Stephen would've been quicker, but he seems like he's been swamped with customers lately. Even so, a month for something this sick is great time in my book.

Unfortunately, I won't be able to see it until I come home on Thanksgiving (American Thanksgivng, Leafer =P). Being in college, I wanted to make sure these sick portraits have a more permanent home. Right now my parents' house is the only place that's permanent for me. I can't wait to see it in person!

Doing business with Stephen was great. He was so accommodating and made really easy for me. If you're reading, Stephen: Thanks so much for doing all this for me!

If any of you are interested in purchasing something from Stephen, just email him at stephen.slesinski@gmail.com . You can also check out his site over at thePensBlog or his Twitter. He's a really cool dude and posts some awesome stuff!