Share All sharing options for: Turn It Up to 11: Pens Drop Leafs 5-2 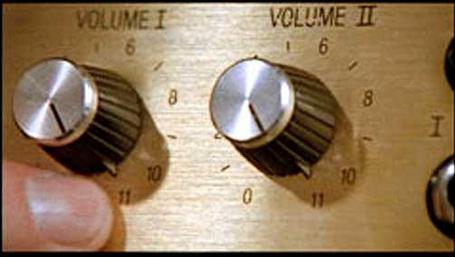 Sidney Crosby is simply playing on another level, but the only people who were made aware of that tonight were wearing blue and white jerseys.  We've known it all along.

His first period goal marks the 17 straight game with at least a point for Sid and the added notch in the second period makes it his sixth multi-goal game of the year.

I didn't catch any of the first period, but by the looks of things I didn't miss much other than Sid picking up yet another goal and Dan Bylsma calling a timeout (which everyone was quick to tell me when I suggested he do it in the third).

What I saw from the second period on was nothing short of Penguins hockey.  Three goals in the span of just over three minutes put this game in Pittsburgh's hands.  If not for that unprecedented surge and Fleury's solid play in net, the Leafs' two-goal rally in the third period may have been cause for concern.  But by then the Pens at that point already had this one in the bag.

Backtrack one month from today and maybe that's not the case, but  it's nice to type with that sort of confidence.  I suppose that's the sort of cockiness that's expected with the Pens' recent win streak.

Huge game from Mark Letestu, as he picked up two goals in the win and cracked a scoring drought that dates back to his one-goal game against the Ottawa Senators on (gulp) October 18.

Chris Kunitz once again proved that three ass = one goal with his three-assist performance and even Tyler Kennedy registered two assists.  But it shouldn't come as much of a surprise at this point.  That third line is diesel.

Pens look to make it 12 straight Saturday against the Sabres at 7 ET.