It's all over now

Share All sharing options for: It's all over now

You could blame Marc-Andre Fleury.

You could blame some defensive turnovers.

You could blame the power play for going 0 for 6.

Or, you can just tip a cap to the Montreal Canadiens. They played spectacular, they managed injuries, they had the best goalies and the best scoring forwards.  So that's what we'll do.

The 2-time Eastern Conference Champions are dethroned.  Over time we'll come to see that the Pittsburgh Penguins didn't lose this series, the Montreal Canadiens won it.

It's not the ending the Igloo deserved, but it's what it got. 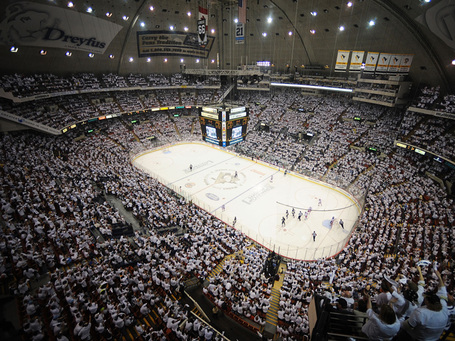