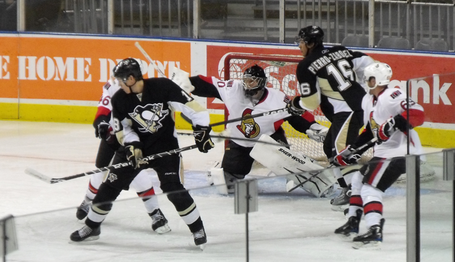 So I'm actually a Leafs' fan, but spent some quality time over here at Pensburgh during last season's playoff run (I used to go by 'Fleet Fox') and got to know many of you fine folk. Being that you guys are such a friendly bunch, I thought I'd take in the Pens-Sens rookie game this afternoon in my hometown London, Ontario and try to give you all an update.

The final score was 5 - 3 Pittsburgh, and there were a number of things to be optimistic about. A recap, a few notes on the game and some of the photos I took after the jump. 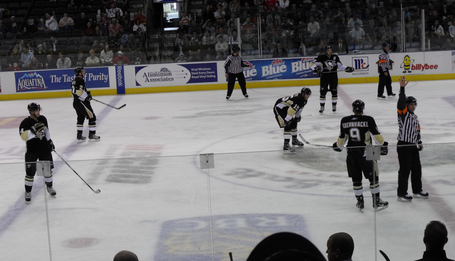 The game started with a scary incident when one of the Pens' prospects was seriously injured on a filthy hit from behind. I confess that I couldn't see who it was, but the perpetrator was administered a 5-minute major and was ejected from the game. The Pens player lay entirely motionless on the ice for at least 5 minutes, and was removed via stretcher. Only slight hand movements were noticeable. No update on his status at any point later in the game.

Pittsburgh looked really shaky for the first half of the first period, didn't respond physically at all to their teammate being put out of the game, and weren't getting many pucks to the net. They did not score on the 5-minute power play.

The Pens went down 1 - 0 early in the game when Bobby Butler scored for the Sens. He batted down a pass out of mid air and scored five hole on Thiessen on a nice deke off a 2-on-1 rush. 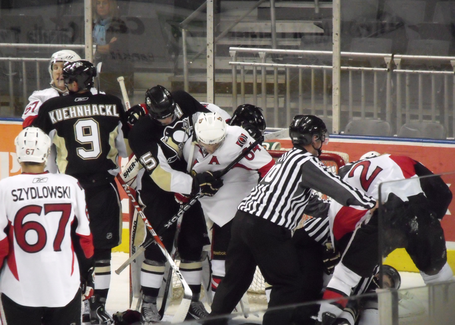 The good news is that from here, The Pens responded very well. Shaking off their early-game jitters and starting to coalesce as a team, they started to challenge Ottawa in more 1-on-1 battles, and Zach Sill tied it up with his first of two in the game.

Going into the second period tied 1 - 1, the Pens held the momentum , and scored three quick goals. Dustin Jeffrey scored his first of two and looked dangerous the whole game. An Ottawa defenseman tripped over his own feet, and turned the puck over in the neutral zone, giving Jeffrey a clear path to the net for a shorthanded marker that would stand as the winner. 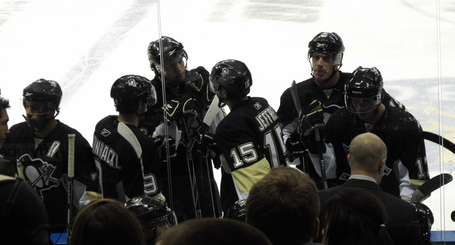 Ryan Schnell (listed as 6-3, 225 lbs. on the game sheet) and Tim Spencer (6-4, 238 lbs.) got into a scrap where blows were traded equally. Spencer could be seen chirping the Pens bench all game - it was obvious he was looking for a fight.

The Sens made a game of it though, potting a pair of goals in the third to bring it within one with under two minutes left.

Jeffrey slid home an empty-netter with under a minute left to seal the W.

Sill was named the game's first star, and I certainly agreed with the choice. He saw time on the second line with Geoff Walker and (I think) Tyler Brown. He was strong on the forecheck, finishing his hits while killing penalties. He saw some time on the power play on the second unit.

The first line of Eric Tangradi, Dustin Jeffrey, and Tom Kuenhnhackl looked better and better as the game progressed. 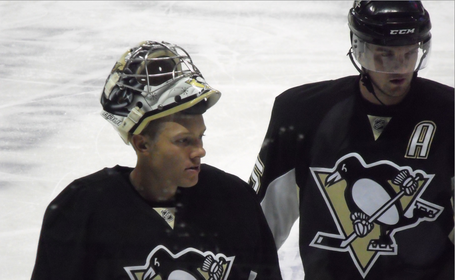 Brad Thiessen had a solid game. He was never caught out of position, was square to his shooters, and didn't give up many rebounds. He stopped several clear breakaways and kept the game close, particularly in the early stages of the first period. The only knock on him is that he was beat five-hole twice, and the Sens seemed to know to shoot there. He is also a fair bit older than anyone else in the game, so his development should be expected to be further along than his 19-year-old counterpart for Ottawa. 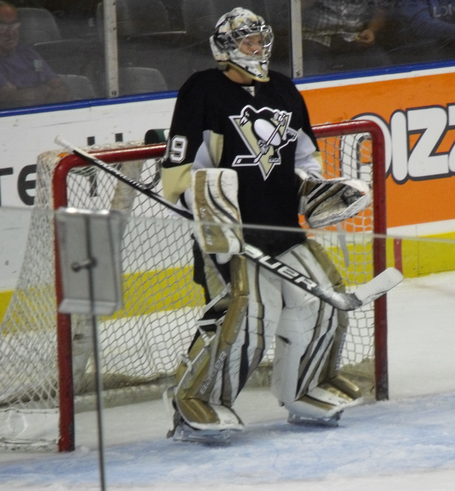