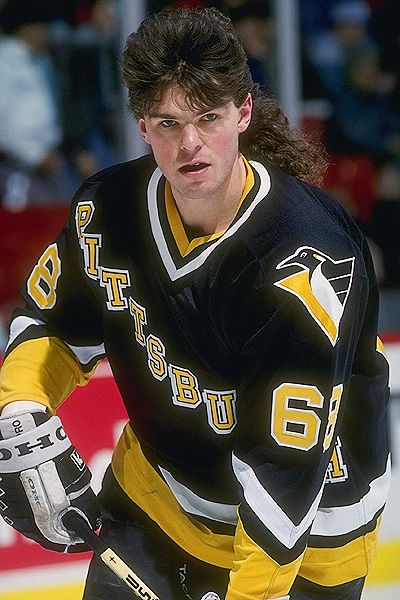 Today's open thread for what could be a crazy one-

Jaromir Jagr is in flight to the United States.  His plane from the Czech Republic is expected to land around 3:00 eastern this afternoon, most expect his decision on where he will be playing this season to be known by about 4:30 PM.

The Pens offer for Jagr is for one year and believed to be in the range of $2 million (maybe a little north of that).  The Detroit Red Wings seem to be the other team in the sweepstakes, offering a one-year contract believed to be of similar money.

In other news, the Penguins I believe have allowed the Toronto Maple Leafs to talk to Maxime Talbot about a contract.  Word is, if Talbot signs with Toronto, Pittsburgh will receive a 5th round draft pick.  But word on the street is that Talbot turned down a four-year. $1.7 million per year contract.  I don't believe the Pens have officially traded Talbot's rights as of yet.  So stay tuned there.

Yes, as of Friday, we could be living in a world where Max Talbot makes more per year to play hockey than Jaromir Jagr does.  Crazy times, these.

Frank Update: I was driving into work this morning and developed a flawless, systematic formula that proves Jaromir Jagr will sign with the Penguins.  If Jagr signs with the Pens (or any team for that matter - but let's remain optimistic) it will be his 19th NHL season.  I'm applying the laws of numerology to this equation and saying he signs with the Penguins today.

Maybe I'm drinking the Kool Aid, but I don't care.