The legacy of Dave Burrows

Share All sharing options for: The legacy of Dave Burrows

With the lockout stretching on and on, I've been getting my hockey fix by reading blogs. Recently, I came across a couple of fantastic posts over at Japers' Rink. Much as Eric Duhatschek's original post got J.P. wondering, his posts got me wondering about Penguins draft picks over the years and who they eventually turned into. Little did I know I'd be heading down a rabbit hole of epic proportions.

My first thought was to check out Craig Simpson. But, then, he was a second-overall pick. You expect high draft picks to turn into something when you use them. Plus, NHL Numbers already did that one and it's not as interesting as it looks because

So, I went back an extra 14 years to Dave Burrows. In 1971, the Penguins took Burrows, a minor leaguer, from the Chicago Blackhawks in what at the time amounted to the hockey version of baseball's Rule 5 Draft. He only turned out to be one of the best defensive defensemen of his day and spent 573 games in a Penguins uniform. That's where things get interesting.

The Pens sent Burrows and a sixth-round pick to Toronto for Randy Carlyle and George Ferguson. These men then fanned out across the NHL like a locust swarm. 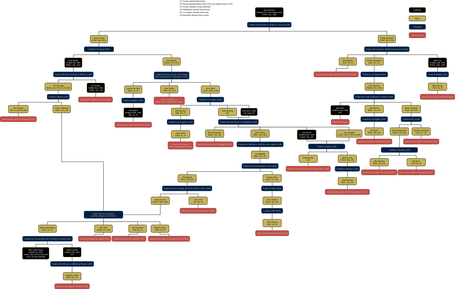 Just look at this. Other than a few obvious missing names, this reads like a who's who of Penguins hockey from the late 1980s through today.

Marc-Andre Fleury. Incidentally, he's the only active one left.

I dare you to find someone more important to the Penguins' legacy than Dave Burrows.