As part of a deal between SB Nation and the NHL, we were given access to NHL GameCenter Live and agreed to write a basic review of the package.

Below are some pros and cons listed:

Availability of games - GameCenter Live offers every NHL game as part of the subscription to the service. There are some blackout restrictions, which will be listed in the 'cons' section.

Quality - The quality of the games which are available is not HD, technically. However, many (myself included) would argue that it is as comparable to HD as there can be. 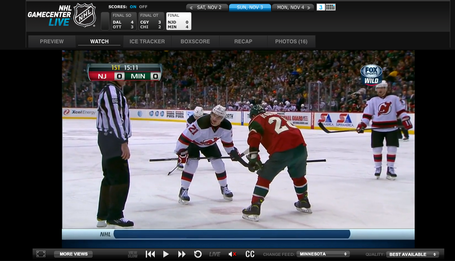 Access - GameCenter being available on multiple devices may be the tipping point which would guide one towards using it, as opposed to using Center Ice as part of a cable package on their TV. Available devices to use GameCenter on include: Android, Playstation 3, iOS devices (such as iPhone, iPod, iPad), Apple TV, Roku players, Sony Smart TVs, Xbox 360, and obviously, any computer with an internet connection. For me personally, the versatility of being able to watch on my phone if I am not home is a deciding factor. 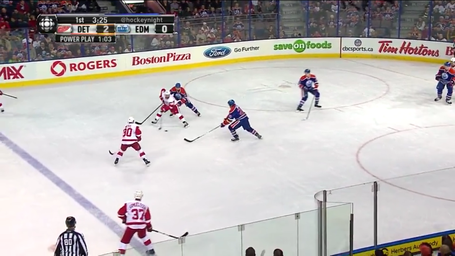 Screenshot via my iPhone

Interface: The availability to use the web interface and watch multiple games at the same time is a great feature to take advantage of. When there are multiple games going on worth watching, this solves the dilemma of "which game should I watch?" In the GameCenter interface, it is referred to as the 'mosaic' view. Other options, such as 'picture-in-picture' are available. 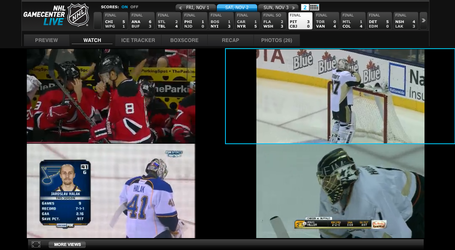 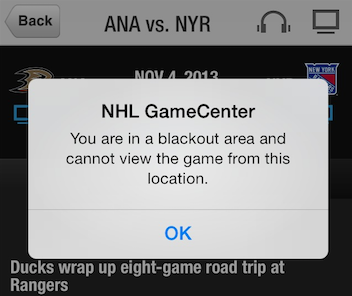 In our case, as Penguins fans, for example, say you were living in New York without cable. If you were depending on GameCenter for your hockey fix, you would be out of luck for at least 12-15 games per season (Islanders, Devils, and Rangers), with the blackout restrictions alone. Any games which are being broadcasted nationally will also be blacked out. (AKA, if you depend on GameCenter and a game is nationally broadcasted, go to a sports bar...that's my pro tip of the day. My other pro tip - at the sports bar, order mozzarella sticks.)

Delay - Another 'con' that could weigh into the decision could be the delay of the broadcasts, in comparison to real time. Sometimes the lag, or delay, can be up to 45 or 60 seconds behind the live stream if you were watching on TV. In the current age of social media, following a game live on Twitter while watching the game is a big deal. The delay kind of ruins that aspect of it. One way to get around that would be to stay off Twitter, but that could be a notch in the 'con' column for some.

Cost - Making a decision on GameCenter or Center Ice, based solely on cost will force you to weigh other variables. The price for GameCenter for the season, if purchased before October 31st, was $149.99. The current price (after October 31st) is $169.00. If you were interested in purchasing the Center Ice package, the price before October 31st was $159.96. To purchase today, you would be looking at $167.96. (Numbers from Puck Daddy)

Personally, I think it's a good decision to choose GameCenter Live. But for me, the versatility to be able to use both my iPhone and Apple TV would make the decision. I may not always be in front of my TV to watch, or want to watch on my laptop at work (not always recommended).