The bubbles are moving...

Let's take a look at the chart after this weekend's losses to the Devils. 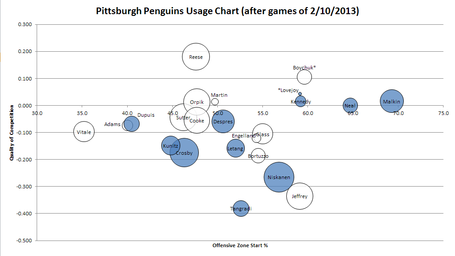 Time for some analysis.