Starting to separate men from boys. And slightly smaller men.

First up, let's take a look at the Corsi-based chart after yesterday's win over the Sabres. 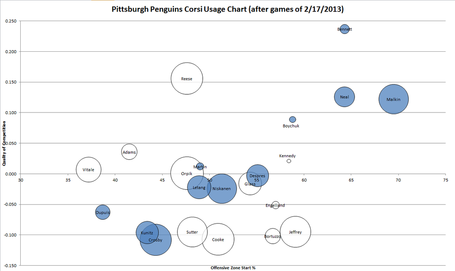 And now let's take a look at the Fenwick-based chart: 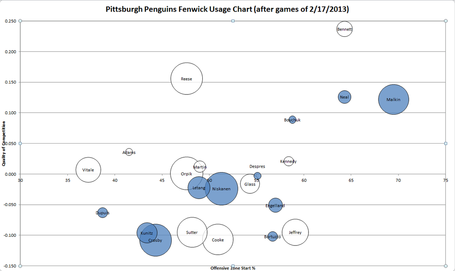 This one embiggens, too.
The Fenwick chart is here mainly as an illustration. I'm not sure how useful it is other than to show that some people's defensive strengths lie more in shot blocking than actual positional defense.