In which I address some concerns...

Let's get straight to it. 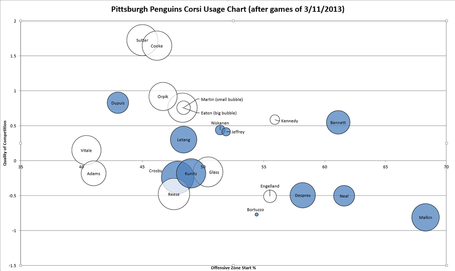 And new for this week, I'm incorporating a chart that normalizes for zone starts. Thanks to Eric T. over at Broad Street Hockey for helping me move forward with this. The attempt here is to remove the affects of zone starts on relative Corsi numbers. As people have mentioned, it's easier to have a positive Corsi if you're starting a lot of your shifts in the offensive zone, so this allows us to see what would happen if everyone had exactly 50% zone starts. It's still put on the same axes so that you can see where their real zone starts are, but the size and color of the bubbles do not actually reflect that on this chart. 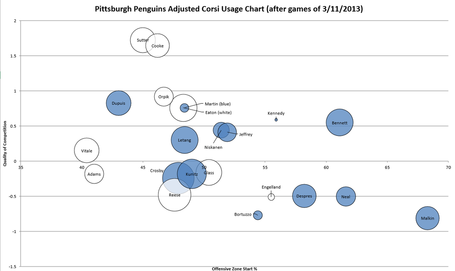