In which you've waited for a long time...

It's been almost a month since the last Usage Chart post. The biggest reason for that is that most of the bubbles were moving slowly enough that it wasn't easy to see just how much they'd changed. A secondary reason was that the Penguins were making trades seemingly every other day and the new players' data was kind of corrupting the charts a bit.

Now that things have stabilized a bit, I've updated the charts, minus Dylan Reese and Trevor Smith, whose name I had to look up just now because he made no impression on me at all. First up is the bog-standard Corsi chart. 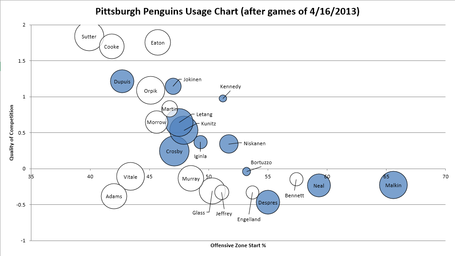 Now for the Adjusted Corsi chart. In this case, Corsi has been normalized for zone starts. 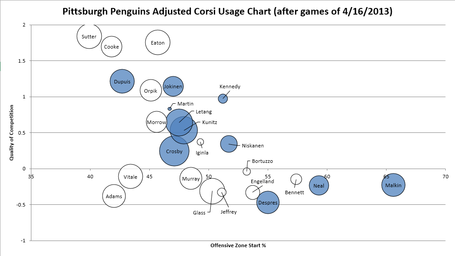 And now for the Fenwick-based chart. 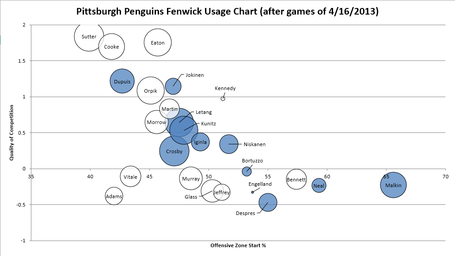 The next set of charts will be after the season.