A look at the opponents: Islanders usage charts

You had to know this was coming, right?

Share All sharing options for: A look at the opponents: Islanders usage charts

Let's take a look at the New York Islanders' player usage charts for the 2013 season to get a better picture of what Coach Capuano was thinking this season and how his players responded to his poking and prodding. 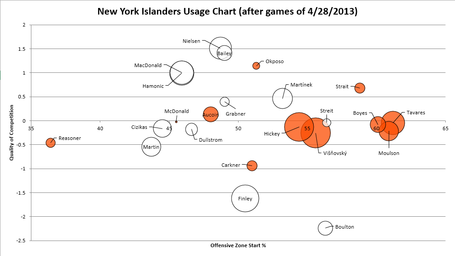 I present to you now the other two charts without explanation. First up is the Adjusted Corsi chart, where the bubble sizes are normalized for zone starts, and the Fenwick chart that allows shot-blockers to shine a bit more than they do with Corsi. 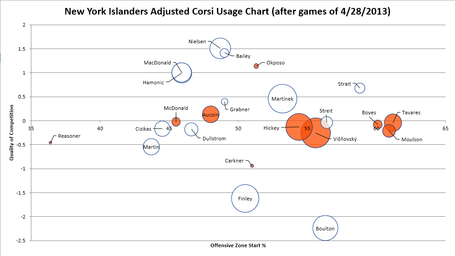 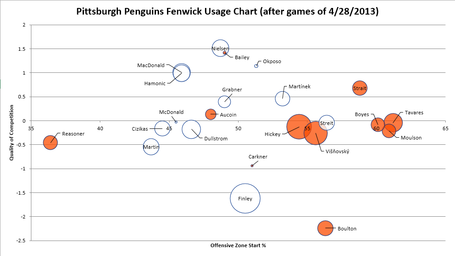