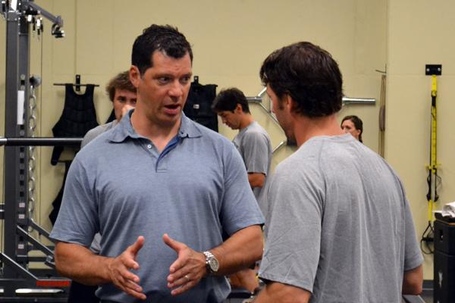 Photo from pittsburghpenguins.com, Billy Guerin overseeing the boys and dishing out wisdom all week long

Here's an open thread for the prospects camp, starting today with workouts and closed practices, an introduction for many new, young players to how to train and play like a professional, and a re-introduction for others. Practices are closed to the public, except for the big scrimmage on Saturday afternoon.

Here are the top five players I'm most looking forward to seeing:

Who else can stand out this week? Who needs a good showing?