10 Fantastic Photos from USA vs. Russia

This morning, the United States defeated Russia in their preliminary round matchup in a game that will be remembered for quite some time. T.J. Oshie of the St. Louis Blues won the game for the US in the shootout.

Share All sharing options for: 10 Fantastic Photos from USA vs. Russia

In no particular order: 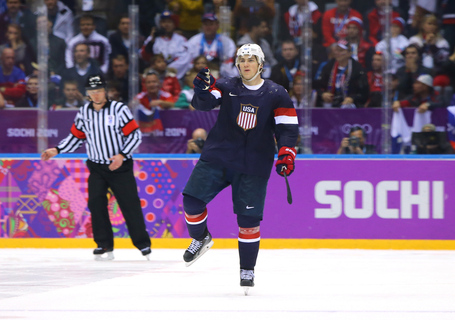 T.J.Oshie giving a thumbs up to his goalie, Jonathan Quick (Credit: Al Bello/Getty) 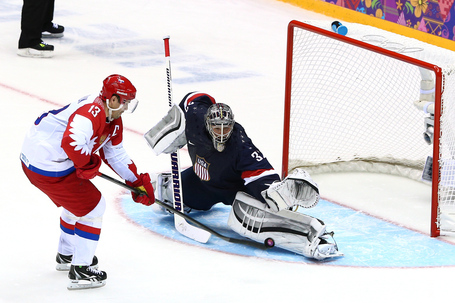 Jonathan Quick making a tremendous pad save on Pavel Datsyuk during the shootout. (Credit: Clive Mason/Getty) 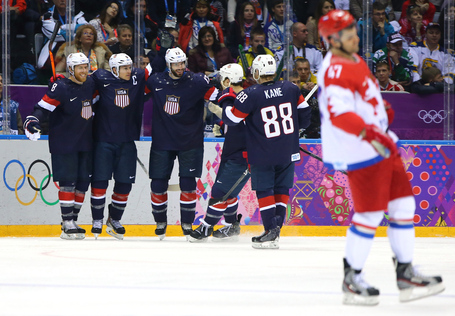 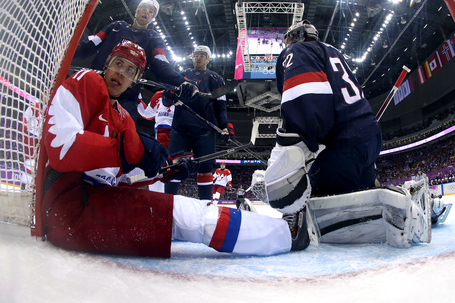 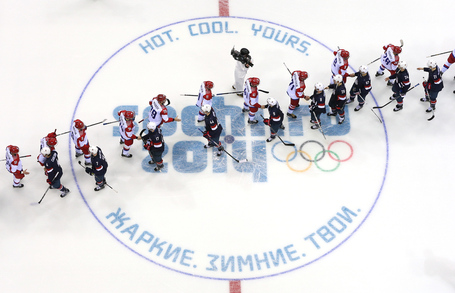 Handshakes between the Russians and the Americans following their game, as seen from above (Credit: Bruce Bennett/Getty) 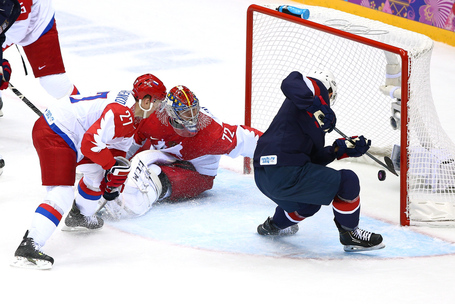 Cam Fowler finishing the rebound off of Sergei Bobrovsky to open the scoring. (Credit: Clive Mason/Getty) 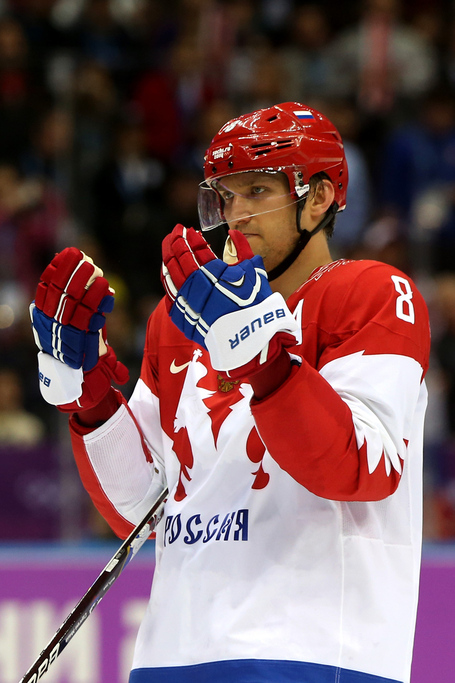 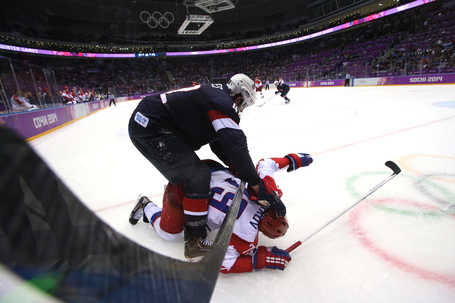 David Backes was not being very kind to Andrei Markov (Credit: Bruce Bennett/Getty) 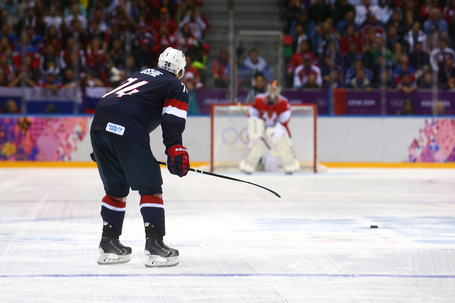 T.J Oshie looking on at Sergei Bobrovsky before taking one of his shootout attempts (Credit: Streeter Lecka/Getty) 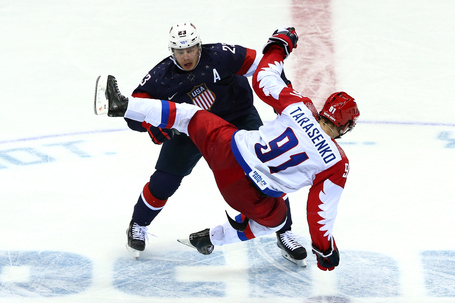