With the medal round approaching, six of the seven Penguins participating in the Olympic tournament are still in play.

Share All sharing options for: Penguins in Sochi: Semifinal Update

On Friday, Team USA and Team Canada will face off in one of the semifinal matchups, while Sweden and Finland will play in the other matchup. The winners of the two games will play for Gold/Silver, and the losers will play for Bronze/First Loser.

Paul Martin - quiet yet smooth game from Martin. Great composure, per his usual type of play. 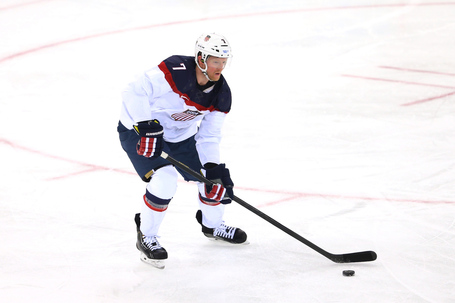 Brooks Orpik - a typical Brooks Orpik game. stretches of solid play, with his mistakes being more glaring than what he did that was good. Example: the big hit Orpik went out of his way to put on Jagr that resulted in a penalty. 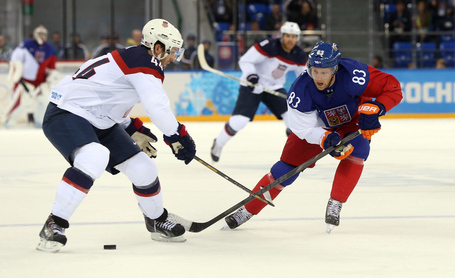 Sidney Crosby - another game that will draw a lot of negativity from the Canadians that Crosby isn't producing, but I'm sure he would rather take the win than have points on the board 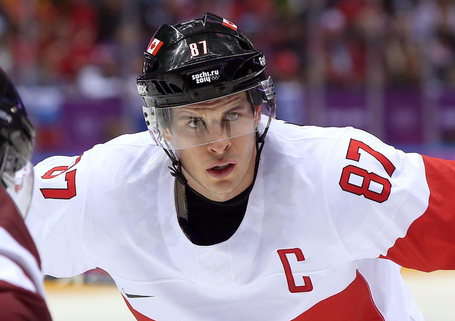 Chris Kunitz - not much to say here, other than repeat what was said about Crosby 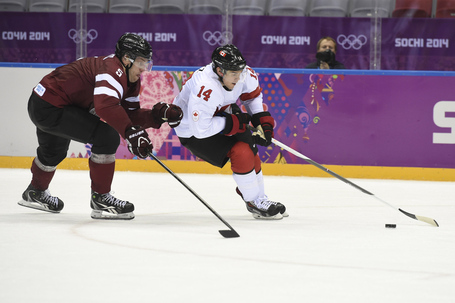 Olli Maatta - Great game from Maatta, logged a team-high 19 minutes in a big win against the home team Russians. 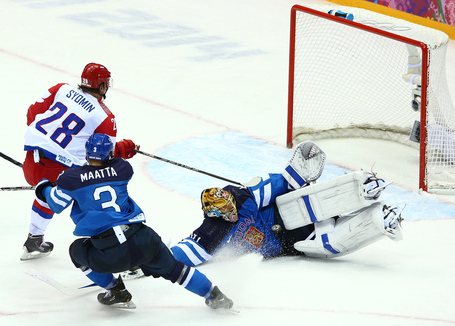 Jussi Jokinen - Quiet performance from Jokinen, should be a great matchup vs. the Swedes 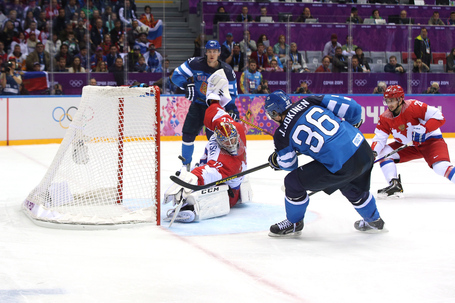 Evgeni Malkin - a tough loss for the Russians to be eliminated from the tournament without a medal. A lot of the blame will be thrown in the direction of Malkin and Alex Ovechkin. It was noted by several media members after this morning's loss that Russian coach Bilyaletdinov had to be told by Malkin to pull the goalie in the closing moments of the game. Getting all the lines clicking for the Russians seemed to be an issue through all 5 of their games. 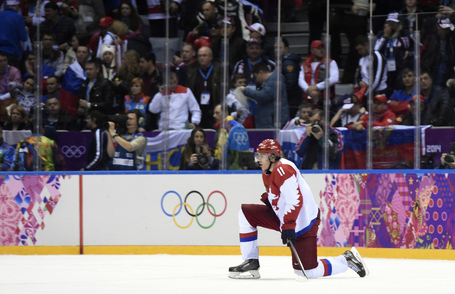