Who will really surpass Sidney Crosby as greatest player in the world?

Two years ago, over-excited Flyers fans thought they saw Sidney Crosby pass the torch as the best player in the world....But who will really one day pass Sid as the best in the world?

Share All sharing options for: Who will really surpass Sidney Crosby as greatest player in the world?

In Mike Darnay's Battle of PA, he brought out this timeless tweet-

But, if got me thinking who actually will be the next- real- "best player in hockey" after Sidney Crosby. Crosby is charging towards another Art Ross trophy- his 88 points is 15 better than the next closest. In all likelihood, he would have won both awards last season (before breaking his jaw) and in 2010-11 (before the ill-fated Winter Classic).

Not even the staunchest hater or rival fan can deny Crosby is the top player in hockey today, but heavy lies the crown...Nothing lasts forever, so who's the most likely to eventually knock Sid off the top of the mountain? 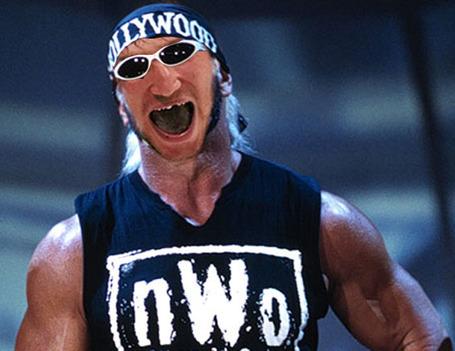 We'll give Alex Ovechkin a cursory 1% chance to supplant Crosby as the best player in hockey, in difference to the fact that Ovechkin is still the premier goal scorer in the game. He's got 44 goals this season, no one else has more than 35 and only a handful even have 30.

But, at age 28, how much better will Ovechkin get? He's not a well-rounded player, doesn't utilize teammates all that well and only has 9 even-strength assists so far this season. As good as Ovechkin is at shooting a puck from the left faceoff circle, he leaves a lot to be desired and doesn't have the all-around skill set to improve in the future. 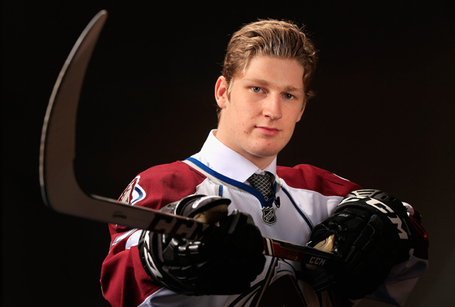 MacKinnon, from Crosby's hometown of Halifax, Nova Scotia and the #1 overall pick in 2013 has drawn other comparisons to Crosby with his work-ethic and ability to manufacture points. MacKinnon is having a fine season, 4th in scoring for the resurgent Colorado Avalanche.

But remember- Sidney Crosby scored 102 points in his rookie season and followed that up by scoring 120 the following year and winning the scoring title and MVP. By age, MacKinnon will need a huge step-up to get into Crosby's league, Mac is a very good young player with a bright future, but he hasn't screamed "gonna be the best" just quite yet.

Malkin has actually out-scored Crosby in 3 of the 8 years they've been teammates (mostly due to Crosby missing time with injury, but not in 2008-09 when both were healthy and Geno was the scoring champ). Malkin has the skill-set and tools to be a scoring champion and can also benefit from playing with Crosby on the power play.

Malkin has scored 50 goals in the past, but is now more of a playmaker. It will be very difficult for him to ever get out of the shadow his teammate casts, but he did it in 2009 winning MVP and the Conn Smythe, so we've seen it's possible. Given Malkin's age, occasional inconsistency and own propensity to miss time with injury, it seems unlikely though that he'll ever be able to fully established himself as the clear-cut better player than Crosby on a permanent basis. 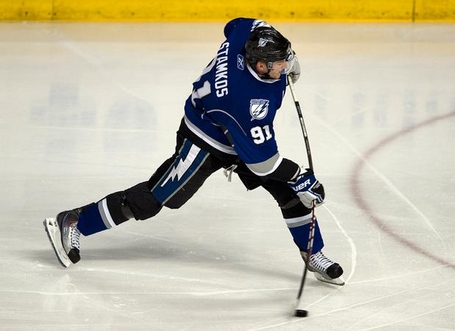 A lost season is nothing new for Crosby, and Stamkos basically had one of his own after breaking his leg in November. Still, Stamkos is a tremendous shooter and he'll probably have the slick and skilled Jonathan Drouin as a linemate, maybe as soon as next season. That 1-2 punch could elevate Stamkos into "best in the world" status. 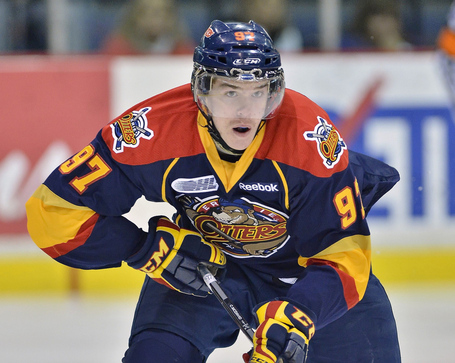 Players as special as Crosby are seen coming a mile away, and such is the case for Connor McDavid, the presumptive #1 overall pick in 2015. McDavid, born in 1997 if you want to feel old, is a decade younger than Crosby. Just as Crosby was tagged "the next one", McDavid has been pegged as the Lebron of hockey, among many other things, and so far has more than lived up to the hype in his junior career and making Team Canada's WJC team as a 16 year old.

Which is exactly the same path that Crosby took. Does McDavid have what it takes to keep developing into a star? It's a lot of pressure and tough to predict 16 months before he can even be drafted if he can actually fulfill his immense potential, but it seems like he's the surest bet of any player not currently in the NHL.

It's possible that the heir to the throne isn't even on the radar yet. Mario Lemieux won his last Art Ross in 1996-97 at age 31, took a few years off, came back to the NHL in 2000-01 at age 35 and still put up the highest points/game in the league and was probably the game's best player. Wayne Gretzky won his last scoring title at the age of 33 in 1993-94.

Even though their are a lot of good players entering the league every year, it's quite possible that Sidney Crosby can continue to be the top dog in the league for several more years. At age 26 (27 in summer), if Crosby stays as dominant as Lemieux/Gretzky he would have at least another 6-7 seasons of offensive dominance that would cement him as one of the greats in the game.

Of course, that's all contingent on health, but really since January 2013, Crosby is one unfortunate slap-shot to the face away from perfect attendance. Health questions no longer linger, he can concentrate on dominating and leave the rest of us to wonder just who will knock Crosby off the heap as the best player in the game.

A couple of our favorite GIF's we have stored on file, for your viewing pleasure: