The end is (almost) here.

Share All sharing options for: Penguins vs. Flyers preview

The Pittsburgh Penguins have been releasing these infographics with frequency lately and they have been really well received. And hey, if they send 'em and you like 'em, away we go.

Tomorrow's game against the Philadelphia Flyers is another potential first round playoff preview with a very resolute coach Dan Bylsma saying after practice, "we want to win this game".

And of course they do. The Pens don't want to give any momentum to their cross-state rivals and if these two teams do meet again next week, it'll be best (at least for fan psyche) to have a win under their belts in recent memory.

Brooks Orpik, however, wisely noted that the most important thing is health and staying uninjured. So let's hope for that too. 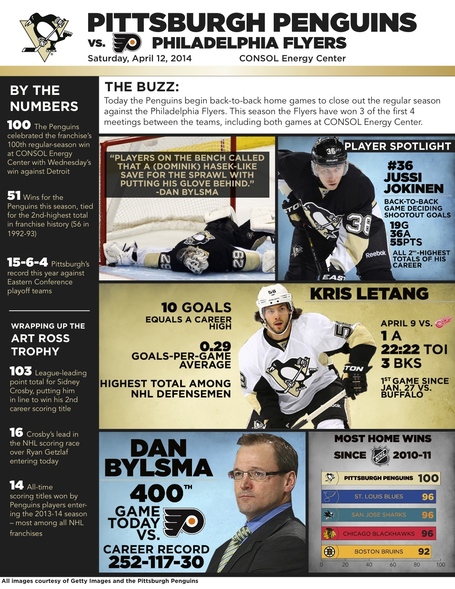