The Penguins and NHL released the schedules for the upcoming season this afternoon. 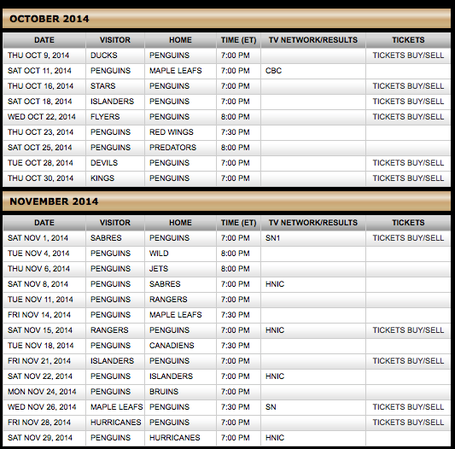 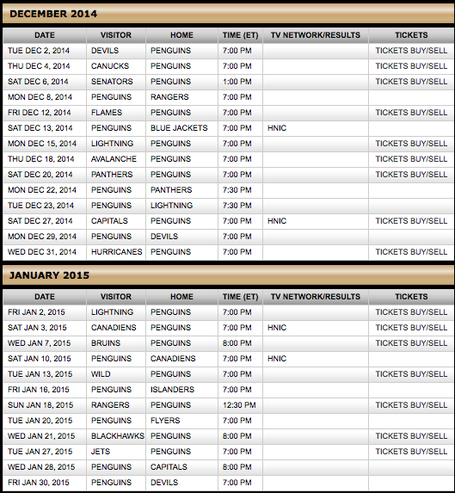 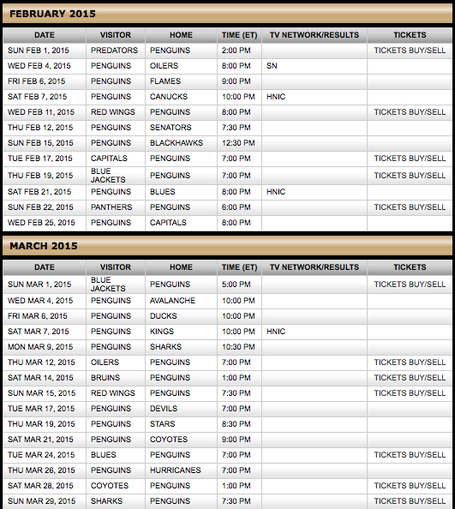 The Penguins will play all of the teams in the Metropolitan Division four times, with the exception of the Islanders and Devils, whom they will play five times.
Doesn't appear to be anything hellacious or brutal travel. Not having an Olympic break squeezed into the schedule helps with that.
The puck drops on October 9th.