Elliotte Friedman from Sportsnet put in a call to Pensburgh to clarify and give some context to his flammable comments about Evgeni Malkin's status and the trade winds around the NHL.

"I feel really bad about having my name attached to this," Elliotte Friedman told me on the phone last night.

He was talking about an unintended uproar that started from a radio interview he did in Calgary last Friday. What began as a normal, general talk about a lot of topics around the league ended up in something of an internet-hockey-world firestorm.

"In radio interviews sometimes you just shoot the breeze," Friedman said. "I try to be careful with what I said, but I should have been more careful, and in the future I will definitely be more careful."

How the Malkin trade rumors started

Elliotte Friedman is one of the most plugged-in hockey journalists in North America, with a bevy of contacts, information and knowledge. His popular 30 Thoughts column is a must read for any NHL fan.

Which made recent news concerning, and eye-opening, when reports of what Friedman said about Evgeni Malkin and his happiness level of remaining in Pittsburgh hit the internet last week. The Score summarized that Calgary interview, the most inflammatory part was here: 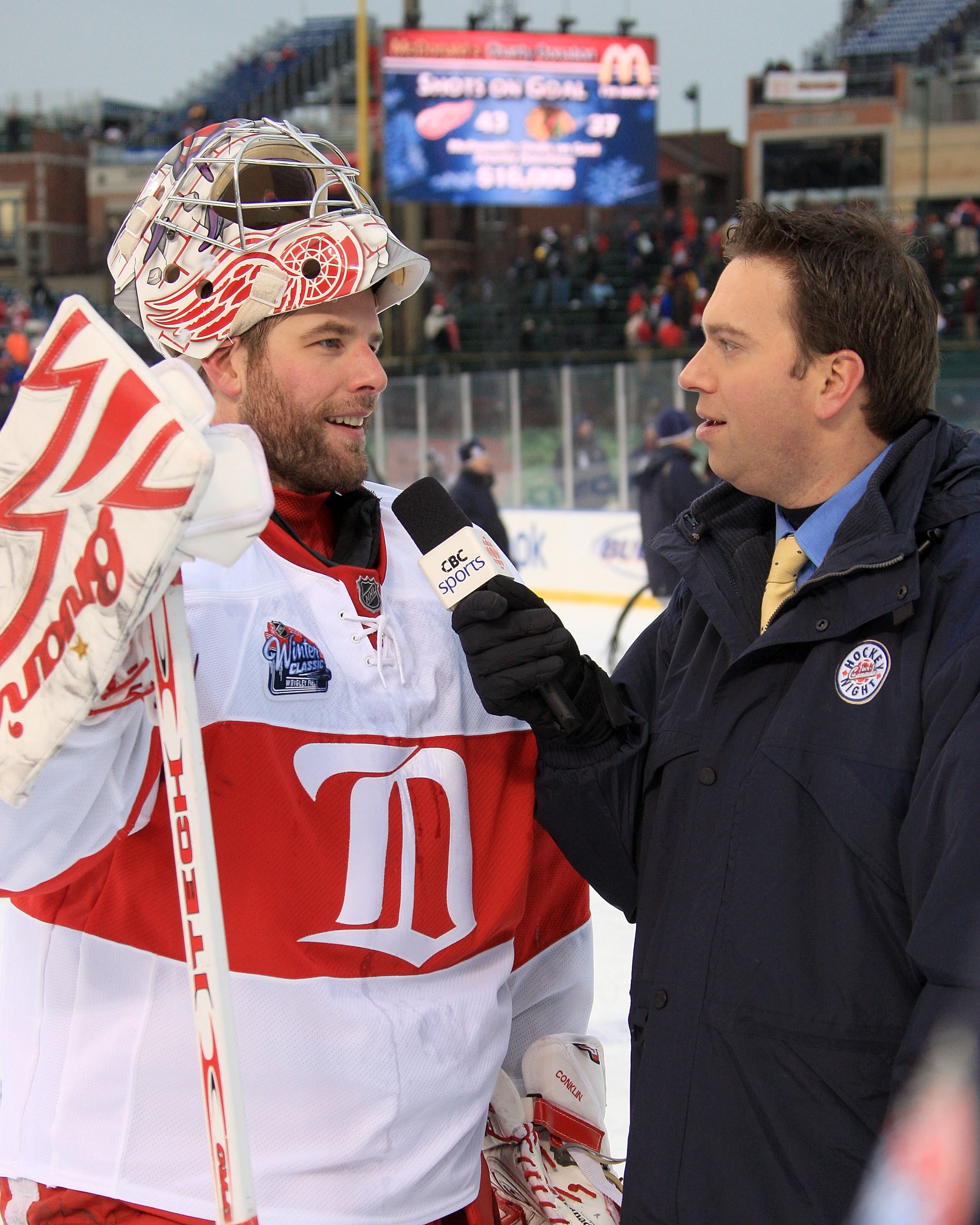 Friedman at the 2009 Winter Classic. (NHLI via Getty)

"Are the Pittsburgh Penguins a more valuable team to buy with Crosby and Malkin in the lineup or out of the lineup?" Friedman said. "And I think the answer is 'b'. So that's when everybody started to say, 'Okay, something is going on here.'

"They're not trading Crosby, but I will tell you this. There have been rumors about Malkin's happiness," Friedman said. "About whether or not he wants to stay, and I think (Morehouse's comments were) directed exactly at them.

"I have no idea if the Penguins are going to trade Malkin. I would suspect no until a sale gets done. But I can tell you this – there are people around the league who have been saying they've been hearing rumors that Malkin is not happy and would welcome a change of scenery."

That last sentence really lit the fires and quickly set the internet hockey community ablaze. After all, Friedman basically said Malkin would be open to a trade and that obviously was a big revelation for all, right?

Well, maybe not. Friedman never followed this seemingly bombshell revelation of an unhappy superstar up with a column. He didn't tweet it. And this is because, it's really a non-story that he did address in his next edition 30 Thoughts:

In a radio interview Friday, I discussed Evgeni Malkin, saying he was frustrated by losing, other teams were hearing rumours he wanted a change of scenery, but there was zero chance it was going to happen. It went wild, to the point where it was trending in Russia. There were strange accusations about my motives but I didn't have any motives, really.

Ultimately, my words are my responsibility. Malkin wants to win there. I do think everyone in the organization is frustrated that Chicago’s three wins away from its third Cup since 2010, while the Penguins haven’t been back to the Final since 2009. What complicates everything is the team is for sale and ownership is hypersensitive to anything seen to hurt the price. Disappointing all-around, but I own it.

Sounds like enough to extinguish the fire, but Friedman reached out to us at Pensburgh, because he wanted to make it right and not run from his words but add context. We had a phone conversation about the Calgary incident.

Friedman was commendably respectable in our talk. He didn't try to shrink from what he said on the radio, he stood behind his words, but he also made it clear that he conveyed a little more information then he truly wanted to, and was clearly caught off guard with the amount of attention that it received.

"When I got off the air Saturday night after covering Game 2 of the Stanley Cup Final," Friedman said, "someone reached out and told me I was trending on Twitter in Russia."

I asked Elliotte if he thought it was because of something he said about Tampa player Nikita Kucherov?

"Oh no, I knew what it was right away," he said, talking about his Malkin comments.

Friedman then repeated to me that he didn't think Malkin would be traded this summer.

What Friedman did genuinely feel sorry about -- enough to reach out to a blog to add his context- was the last line of the first highlighted excerpt above. Friedman did reiterate that "people from teams have asked me if [Malkin] is unhappy, but I think he's just frustrated for losing, just like everyone on that team is."

Friedman then repeated to me that he didn't think Malkin would be traded this summer.

The addition of the trade speculation seems to be where Friedman recognized that he strayed a little out of bounds, "shooting the breeze" as he put it. Almost like his words got away from him and he put a little more meaning into it than intended, as can happen to human beings talking in a free-flowing setting.

Of course it's 2015, so anything that anyone the stature of Friedman says on the radio is almost instantly transcribed and published on the internet, shared on social media and develops into a firestorm for the whole hockey world to pick apart and parse every word.

We live in a rumor driven world, where whispers from influential people can make all the difference in public perception. Elliotte Friedman didn't need a lesson in that, but he got one anyways by adding a couple extra words on a radio show in Calgary.